CIARA HAS A MESSAGE FOR FUTURE IN NEW MUSIC. 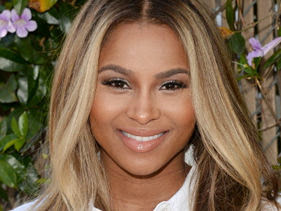 How do you communicate with you’re an ex these day? By releasing a killer track, of course. Ciara has done just that by dropping a new song titled “I Bet”, which is said to be about Future.
The couple broke up last year after the
rapper apparently cheated on her.
On the single, Cici sings: “I love you but I won’t be a fool for you. That’s something that I wouldn’t do, babe. I mean I’mma stay if you can tell the truth, but you can’t no matter how much I ask.”

Listen to the full song below.


at 14:20
Email ThisBlogThis!Share to TwitterShare to FacebookShare to Pinterest