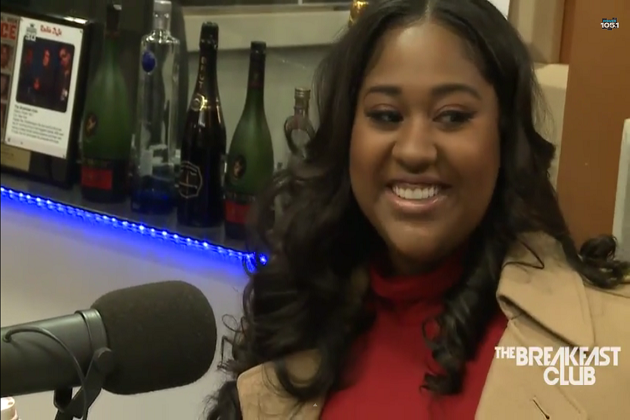 After a three-year hiatus, Jazmine Sullivan is back with her third album, Reality Show. Back in 2011, she broke the news via Twitter that she was taking a hiatus from music because it wasn’t fun anymore. During her recent sit down with The Breakfast Club, the “Forever Don’t Last” singer revealed that her reason for her break was deeper than that tweet. “I left music because I was in a really bad relationship and it had gotten abusive,” she said. “It had gotten to be too much just having to deal with the industry and that my personal life was so bad. So I had to go for a second. But I’m back. I’m out of the relationship.” She says that after her abuser “slapped her so hard that she couldn’t
hear,” which possibly could have threatened her singing career, that was the wake up call she needed to leave. The Philly songstress also touched on how Jay Z and Solange’s ‘Elevatorgate’ scandal stole the shine from her Meek Mill-assisted single “Dumb,” preventing it from becoming a hit. “What a coincidence!” said the 27-year-old about the scandal’s timing. “I did feel like that situation kind of took away from it but it’s cool. I got a lot more songs on the album that I personally think are doper.
” Watch below to hear her talk more about her new album, her love for reality shows and her image as a plus size singer.
at 03:07
Email ThisBlogThis!Share to TwitterShare to FacebookShare to Pinterest