“Eedris Abdulkareem did not make me who I am today” – Timaya 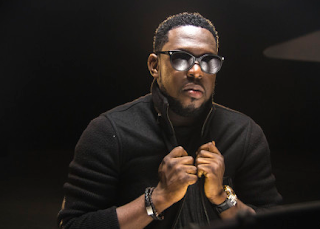 Just recently Eedris Abdulkareem claimed he is behind Timaya’s career success over the years. Timaya’s interview with the Punch Saturday beats reveals Eedris did not make him who he is today as he opens up more about their relationship.


Self-acclaimed Egberipapa 1 of Bayelsa wasn’t smiling at all when Saturday Beats asked him to react to Eedris’ claim. He thundered, “When I was with Eedris Abdulkareem, did he give me due recognition? Eedris did not make me who I am today. I was the one that went to meet Eedris in his house. He never treated me well. I would stay at the front of his gate from morning till night and he would send somebody to tell me to come back after a week. When I returned the following week, he would not see me. I used my money to pay to attend his shows even though I was his band member. I was not celebrated.
“The only money Eedris paid me in his life was N1, 000 and it was after we had the Kuramo Beach show. That was nothing compared to the money I had been spending on transport. I was not bothered because I wanted a platform and I was learning. Like I always tell people, whatever you want in life, you just need to make sacrifice. Even if they feed you poop, you are not going to eat it forever. I gained a lot from that experience. It was through him that I met Sound Sultan and a lot of people. Eedris and I don’t do the same kind of music, so he does not influence me musically. I have never been in a studio where he was recording before and he never gave me that opportunity, so how did I learn anything from him,” he queried.

Timaya however admitted that he learnt one or two things from Eedris which helped him in life.
“One major thing I learnt from him was his stage performance. He is a lion when he is on stage, he is a super performer and I give that to him. I learnt that from him. For me to have admitted that I was his back-up singer was my way of giving him due recognition because he did not see me in that light. I could have said I was never with him but because I respect him, I opened up. There is no way I am going to write my story without putting his name. He is still my boss. If I am in a show and I see him, I would prostrate for him.
“ It was so bad that he did not even know my name then, he referred to me as Bayelsa boy. If he was going for a show outside Lagos, nobody would tell me. I would eventually know and use my money to transport myself there. I would call his boys and they would tell me the hotel they were lodging and I would take a bike to meet them. In his whole crew, who is better now? I was eager to make it,” he said.
While still chatting with Saturday Beats, Timaya explained why he didn’t renew his endorsement deal with MTN, claiming he didn’t have any issue with the telecommunications company.
“I have always wanted to become an ambassador to a telecommunications company and I was approached by both Globacom and MTN. I chose MTN. I am a businessman and I feel I should have a better deal this year. If the deal is not good enough for me, then it is not right because I worked very hard to get to the stage I am. It could be right for other people but I think I should do better this year. There are some artistes that are brand ambassadors and they do not have any hit song. They are just there based on pity. Every year, I release a hit song and I feel if we are to renew a contract, we have to revisit the terms and conditions. Not that we would do the same thing as the last time or do it out of pity. Being a brand ambassador makes you limited in some certain areas and I expect to be paid for such limitations. I want more. They are good people and we did not have any misunderstanding. It was purely a business decision,” Timaya said.
thepunchng
at 05:56
Email ThisBlogThis!Share to TwitterShare to FacebookShare to Pinterest