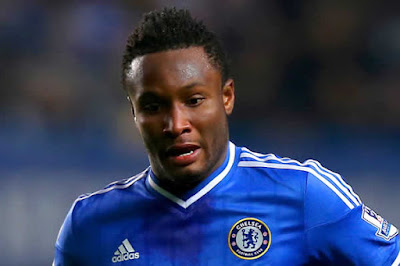 Mikel believes the arrival of Guus Hiddink as interim boss has helped the Blues start to recover from a low of 16th place in the Premier League.

“The atmosphere has improved since the change of manager,” Mikel said.

“Jose is a fantastic manager, but sometimes football is a cruel game and you have to move on.”

Mikel added: “He came back to the club a second time and won two trophies but now he is gone. Is it the right decision? We will only see in the future.”
The champions dismissed Mourinho on 17 December – at that moment they were only one point above the relegation zone – and turned to Hiddink to rescue their season.
READ ALSO  MIXTAPE: Download Cross Over PARTY MIX
Dutchman Hiddink also managed the Blues on a temporary basis for the final three months of the 2008-09 campaign.

Mikel is one of only a few players, along with defenders John Terry and Branislav Ivanovic, who were at the club during Hiddink’s first spell, which ended in FA Cup glory.

“He (Hiddink) hasn’t changed much yet, but he was here before and he knows the place and all the staff,” Mikel said.

“We are down there in the table for a reason so he can not come in and perform miracles.

“We have had three games now without losing, so (we) are making the right steps.”

Mikel, who got limited game-time under Mourinho, making only two starts in five league appearances, could not explain Chelsea’s meek title defence this season.

“It is difficult when you are not playing, as you do not really know what the problems are,” Mikel added.

“I was not playing that much under Mourinho. It was a collective thing – the players and the manager were not performing.”

Chelsea, currently 14th in the table with 20 points, travel to Crystal Palace on Sunday, hoping to register their first win under Hiddink.
READ ALSO  MIXTAPE: Download Cross Over PARTY MIX
at 15:33
Email ThisBlogThis!Share to TwitterShare to FacebookShare to Pinterest