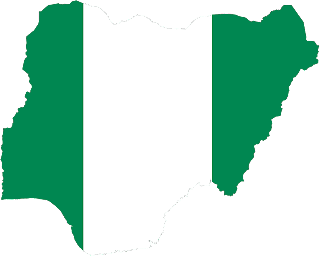 Nigeria has made history in the global space technology market by becoming the first country in the Sub-Sahara Africa to manage a foreign satellite.
This followed the emergence of Nigerian Communications Satellite (NigComSat) limited, the operator of NigComSat-R, the Nigerian Communication Satellite as the winner of a bidding process to provide In-Orbit test (IOT) and carrier Spectrum Monitoring (CSM) services for Belintersat-1 Satellite.

READ ALSO  MIXTAPE: Download Cross Over PARTY MIX
This was announced by China Great Industries Corporation (CGWIC), a renowned satellite manufacturing company in China and a technical
partner to NigComSat.
The Head Public Affairs, NigComSat, Adamu Idris, who revealed this on  Wednesday during a media parley in Abuja, said the operation will
commence on 16 January 2016, the official date for the launch of the Belintersat-1 in Belarus and will last for a period of 15 years.
Adamu said the bid was a keenly contested exercise between Nigeria  and other bidders with over 20 years of experience in satellite  management.
According to the General manager satellite Operations, NigComsat, Danjuma Ndihgihdah, Nigeria won the bid due to the high capacity of her ground facility at NigComSat base in Abuja,  her human capacity resource, and the confidence reposed in  NigComSat by the Chinese giant (CGWIC).
With this feat, Nigeria becomes the first African nation to compete at the international stage as a major player in space technology.
Idris said, the winning of the bid by Nigeria represents a milestone for the country and a clear manifestation that NigComSat and  indeed Nigeria has developed the capacity to provide highly technical  services in the satellite communication industry.
On the benefits derivable from the leasing services, he said Nigeria would rake in revenue from the 15 years service provision to
Belarus and build more capacity for Nigerian engineers, as well as open more frontiers for Nigeria as a global player in the space.
READ ALSO  MIXTAPE: Download Cross Over PARTY MIX
In addition to the traditional services of transponder leasing, he stated that NigComSat would be providing broadband services, enterprise solutions, secured communications and solutions amongs others over Nigeria and other 35 African countries such as Gabon, Cote D’Ivore and Ghana.
On security, he said that the agency has been offering the security agencies with communication services.
Belintersat-1 is a communication satellite owned by the government of Belarus, manufactured and due for launch in January 2016 by CGWIC.
The NigComsat-1R was launched in November 2011, as a replacement to the NigComSat-1 shortly it was de-orbited by the agency at no cost  following its technical failure.
It was designed as a regional satellite with four bands to serve about 35 African countries.
Meanwhile, the Minister of Communications will be leading Nigerian delegation to witness the launch of the Belintersat-1 in January 2016, and to discuss other related partnerships and ways to further improve, deepen and strengthen the Sino-Nigeria relationship.
READ ALSO  MIXTAPE: Download Cross Over PARTY MIX
at 15:19
Email ThisBlogThis!Share to TwitterShare to FacebookShare to Pinterest