Former Governor of Bayelsa State, Diepriye Alamieyeseigha is dead, Signalng reports authoritatively.
SIGNAL reports that a close family source say  that the former Governor had been ill, leading to the failure of his two kidneys.
After several hours in coma, Alamieyeseigha passed on, Saturday afternoon.
at 10:26 No comments: Links to this post
Email ThisBlogThis!Share to TwitterShare to FacebookShare to Pinterest

ASABA—–As the president Buhari’s ministerial list continue to attract ambivalent reactions, the Senior Special Assistant to Delta State Governor on Youth and Community Development, Hon. Egbo Victor Okemena (JP), has described as dangerous and preposterous to sustainable development, the deliberate attempt to exclude the youths who constitute over 68% of Nigeria’s total population from decision-making and governance processes as shown in the ministerial list submitted to the Senate.
Hon. Egbo who is also the president of Isoko National Youth Assembly, said the concept of youths as “leaders of tomorrow” has regrettably constricted a very important social category to the political fringe and reduced a demographic majority (the youths) to the political minority in Nigeria.
The youth leader argued that it was wrong to preclude the youths from participating in making decisions and government policies that will ultimately affect them.
He said it was shocking to find a man who was a minister in 1982 (33 years ago) nominated again as minister in 2015 by a government that is serious about changing the old order of doing things.
Is it that we are in deficit of qualified and competent youths’, he ask rhetorically.
The governor’s aide said we need to disabuse our mindset and deconstruct our thinking about the concept of youths as leaders of tomorrow if we have misconstrued it to mean a tomorrow that may never come for the youths.
The youth leader recalled that in the good old days, Nigerian youths were given opportunities in governance and they were extraordinarily outstanding. Some of them were M.T. Mbu who became minister at 25, Richard Akinjide at 32, Maitama Sule at 29, Yakubu Gowon at 35, Audu Ogbe at 35 etc.
Hon. Egbo advised that rather than recycling the same old circle, Buhari should take advantage of the teeming distinct category of our youths who are highly educated with proven competence and prepared, to effectively drive national transformation.
In every progressive thinking society, it is the youths that drive the process and Nigerian youths are arguably the most, talented, intelligent and sophisticated in all areas. Presently, four Nigerian youths are in the United Kingdom’s legislature to help them run their government’, he continued.
Egbo further appealed to President Muhammadu Buhari, who himself became head of state in 1983 at age 41, to consider youth inclusion in the remaining ministerial list.
He also advised president Buhari to reconsider his decision to double as both president and petroleum minister as it’s a clear violation of section 138 of the 1999 constitution as amended which states that, “the president shall not, during his tenure of office, hold any other executive office or paid employments in any capacity whatever”.
at 05:02 No comments: Links to this post
Email ThisBlogThis!Share to TwitterShare to FacebookShare to Pinterest 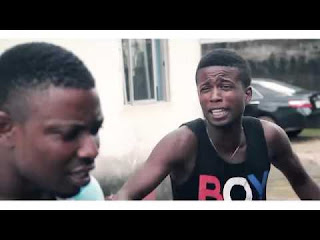 mc ogene and friends is a comedy show ,[packaged to take over 9ja enter10ment industry , and the show is done annually , this years own is on the 6th of December 2015 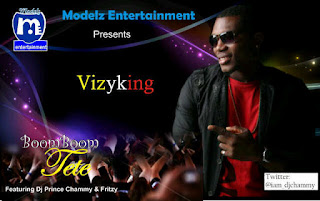 this is d best banga in town boom boom te te , get your dancing shoes as we go down low with boom boom tete

The Senior Special Assistant to Delta State Governor on Youth and Community Development, Hon. Egbo Victor Okemena (JP), has advised the federal government to be extremely careful with the members of the callous extremist group, Boko Haram, who have been compelled to surrender to the gallantry of the reinvigorated Nigerian Army.

The Governor's aide, was reacting to the October 2nd twin bomb blasts that rocked Abuja, the nation's capital, an attack that was apparently planned to coincide with the nation's 55th independence celebration, barely 24 hours after 80 apostles of the dreaded sect purportedly surrendered to the Nigerian Army.

Logically, it is difficult to believe that the terrorists truly surrendered", the visibly livid Egbo submitted.

However, the fact that the recalcitrant terrorists were constrained to down tools is although a welcome development, but it must be taken with a pinch of salt, as it has the tendencies of achieving the extreme opposites of good and bad consequences depending on the handling.

He said if the insurgents can be surrendering and attacking simultaneously, then there is need for skepticism, absolute caution and not celebration yet.

Hon. Egbo, who is also a UN certified peace Ambassador, said surrendering comes with even a bigger challenge because the terrorists needed to be properly deradicalized, assessed psychologically, re-orientated and most importantly, ascertain their sincerity of purpose before finally reintegrating them to the society.

The Governor's Aide commended the security agencies for their giant strides in the renewed fight aimed at completely stamping out the insurgents.

He also appealed to all Nigerians, particularly the political ruling class, religious and youth leaders to see the fight against Boko Haram as a collective responsibility instead of dangerously politicizing it or making comments that are capable of polarising the country with the divisive sword of ethnic bigotry, religious bias and primordial sentiments.

More so, the destruction of lives and properties occasioned by Boko Haram onslaughts cuts across all divides.
The youth leader commiserated with the families of the dead and prayed for the speedy recovery of the injured, majority of whom are youths.
at 18:58 No comments: Links to this post
Email ThisBlogThis!Share to TwitterShare to FacebookShare to Pinterest
Newer Posts Older Posts Home
Subscribe to: Posts (Atom)