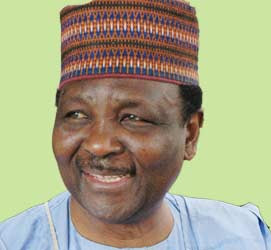 According to him, "It is not easy to forget
the young architect that I met at the Army
Headquarters in the early 1960s. He
exuded so much confidence and bubbled
with nice ideas, including the idea of
cheaper housing that he had come to sell
to the Army. After his presentation, I got
to know him more because he struck me as
an individual who would achieve great
things in life. Thus did I begin to pay close
attention to the young man who grew to be
known as Olorogun (Senator) Felix Ibru, the
first elected Governor of Delta State.
"There is so much to say about this
distinguished son of Nigeria and President
General of the Urhobo Progress Union who
lived a life that was worthy of emulation
before he was called home at the age of
80. At times like this, however, words are
never adequate to convey the depth of
feelings.
"I am not surprised that from the day of
our first meeting, he remained true to
himself and to his professional and
political callings. He was a very serious
intelligent and business-minded person,
whose good human relations and
communication abilities endeared him to
me and to several other people. This was
not a surprise, considering that he was an
original stock of the highly talented Ibru
Family.
"His large contribution to peace and the
development of Nigeria was also not a
surprise. Just as it was not a surprise that
he was truly loved by his people. It is sad
that he had to bow out at a time like this
when, in spite of his age, he still had more
to offer to his people and to Nigeria.
Meanwhile, funeral rites for the late Ibru
will begin on Wednesday July 27 with an
evening of tributes at the Federal Palace
Hotel and Casino, Ahmadu Bello Way,
Victoria Island, Lagos from 4.00p.m.
Service of songs will hold the following day
Thursday, at Bishop Vining Memorial
Church Cathedral, GRA, Ikeja, from
5.00p.m to 7.00p.m while on Friday, July
29 at 10.00a.m a commendation service
will hold at the same church.
at 18:09
Email ThisBlogThis!Share to TwitterShare to FacebookShare to Pinterest