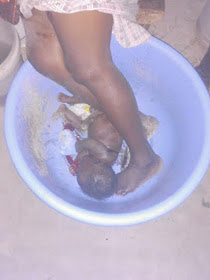 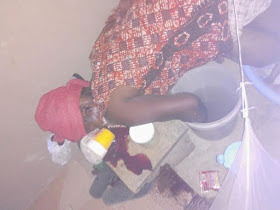 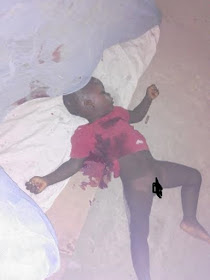 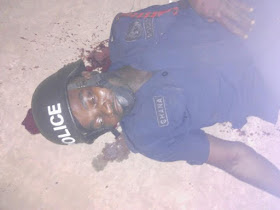 According to a Ghanaian Facebook user who
shared the gruesome images on Facebook, a
man, Constable Wifred Amuzu with the RDF,
yesterday killed his young son, his new-born
baby, and his mother-in-law, who was
bathing the newborn. According to the post,
which wasn't very clear, the woman who
had suffered violence in the hands of her
man, reported him to his superiors at the
police station. Amuzu was detained and
locked up for a night and released the next
day on bail. They said he went straight
home after he was released, with his rifle
and killed his whole family. The photos are
very graphic and sad...

at 09:43
Email ThisBlogThis!Share to TwitterShare to FacebookShare to Pinterest