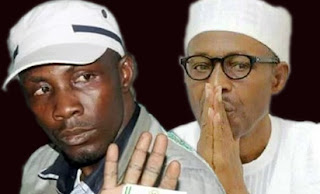 HUNTED ex-militant leader, Government
Ekpemupolo, alias Tompolo, said
yesterday, that his family and associates
were under siege by security agents, who
allegedly treated roughly his 84-year-old
father, in Kurutie community, Gbaramatu
Kingdom, Warri South-West Local
Government, resulting in the amputation
of his lower limbs, two weeks ago.
Tompolo, in an open letter to President
Muhammadu Buhari, which he indicated
might be his last, said the continuous
harassment and intimidation was getting
out of hand, and he does not deserve it.
He said after the military invaded Kurutie
and brutalized his father, sympathizers
managed to rescue him to Warri, where
the hospital admitted him.
"Sadly, one of his lower limbs was
amputated two weeks ago. From the
doctor's report, it will be a thing of
miracle if he survives this incident. Is
this 84- year- old man also a member of
the Niger Delta Avengers that they
brutalized to the point of death,?" he
asked.
He alleged that the harassment and
intimidation was carried out by the
Nigeria Army, Navy and Department of
State Services, DSS, in connivance with
two chieftains of the All Progressives
Congress, APC, in Delta State, Chief Ayiri
Emami and Chief Michael Johnny.
"I have not heard of anyone that was
treated like this even in the volatile North
Eastern part of the country. I have said it
in many occasions that the issue I am
having with the Economic and Financial
Crimes Commission (EFCC) will not lead
to violence or resort to destruction of
pipelines and other oil facilities, because
I have a good case," he maintained.
Ayiri, Johnny debunk Tompolo's claim
Contacted yesterday, Chief Emami
dismissed the allegation by Tompolo,
saying he was not behind his ordeal.
He asserted: "If the security agencies are
doing their job, I support them, I owe
Tompolo no apology. All I know is that
they are causing damage to the country
with the bombing of pipelines and if they
want the security agencies to stop
disturbing them, they should stop
blowing up pipelines."
"To me, the security agencies are not
even doing enough to stop the pipeline
bombings, they should get to the root of
the matter and stop the perpetrators," he
added.
Chief Johnny, who spoke to Saturday
Vanguard on phone denied that he was
responsible for the arrest of any person
by the security agencies. He also said it
was not true that he threatened the
secretary of the Ijaw People Deve-
lopment Initiative, IPDI, Daniel Ezekiel on
phone for allegedly revealing the names
of informants that led soldiers to arrest
a Tompolo associate, Monday, in Warri.
They harassed pregnant woman with gun
Tompolo, who also dismissed their
denial, continued: "The latest victims of
this unwarranted, misdirected and wicked
act are Hon. Simeon Bebenimibo, a
member of the Delta State Waterway and
Land Security Committee and a driver of
one of my aides, Mr Ebipade Kari, who
was on an errand with a little baby."
"The baby was thrown out from the
vehicle, as the driver was beaten up by
your men, as he was asked the
whereabouts of his boss. That was not
all; the military men stormed the house
of one of my younger brothers, and
harassed his pregnant wife with guns
pointed at her.
"The duo who were arrested are
presently in the custody of the Nigerian
Army, Effurun. Before this incident, the
Navy went to the apartment of another of
my aide, picked up his heavily pregnant
wife as he was out of town, and kept her
for 24 hours in the Navy Base before
releasing her.
"The mode of operation is that the
military command usually camo-uflages
associates of two APC leaders with
military uniforms and they go from door
to door with a long list of names and
addresses of my family members and
associates with the intention of arresting
them," he said.
He asserted: "Your Excellency Sir, it
could be recalled that this was how the
military went to Oporoza town on
Saturday, May 28, 2016, at about 2.00
am, and held the community hostage for
one week. During that midnight invasion,
the military carted away valuables worth
several millions of naira, desecrated
worship centres and took away the
symbol of authority of the Gbaramatu
people from the Egbesu shrine."
Is this because I supported Jonathan?
Tompolo stated: "Your Excellency Sir, I
have been wondering since the beginning
of my travails at your instance whether
this is part of the fight against corruption
in Nigeria? Or was it because I supported
my kinsman, former President Goodluck
Jonathan in the 2015 general elections? I
thought everyone in Nigeria has the
liberty to support whomever he or she
deemed fit in an election."
"And as Dr Jonathan bravely accepted
the outcome of the election, which
brought you in as President of Nigeria
today, I thought you will heal wounds as
the father of the nation.
In addition, it was on this premise that I
visited you immediately after your
swearing-in ceremony to pledge my
loyalty and readiness to work with your
administration.

at 00:20
Email ThisBlogThis!Share to TwitterShare to FacebookShare to Pinterest