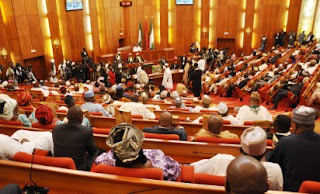 The news that closed last week from our
hallowed chambers was not very cheering.