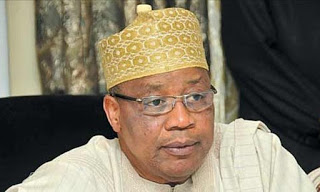 Former Military President, Ibrahim
Badamosi Babangida, said that Buhari's
government was overthrown in 1985
because there was frustration in the society
under his regime.


Babangida stated this in an interview he
granted to a team from Zero Tolerance
(ZT), a quarterly magazine published by the
Economic and Financial Crimes
Commission, EFCC.
Excerpt:
The circumstances surrounding your
emergence as military president in 1985,
some people believe that it was more of
self-preservation than national interest.
Can you tell us what happened?
First of all, we planned a coup towards the
end of 1983 that truncated the
democratically elected government and the
military government came in January 1984.
Then that government also suffered the
same fate as the democratic government
when the military staged one of the finest
coup in this country, because there was no
blood, nothing was lost, smooth and
everybody was treated with the most civility
and our administration came. When we
came in August of 1985 there was a plan to
kick us out in December 1985, it didn’t
work, they went into operation again in
1990. I think the country was going through
a phase at that time, it’s a developing
country and we always had one reason or
the other for doing what we did at that time.
But the talk at that time was that there was
a rift between you and Buhari and he
wanted to dismiss you from the Army.
No, let me give you a lesson today. A coup
or change comes about if there is frustration
in the society. Just get that right. There was
frustration in the society between 1984 to
1985. The ground was fertile for a coup. It
wasn’t fertile, thanks be to God, in
December, 1985 when the first attempt on
me was made. Neither was it fertile in April
1990 when the second attempt was made
and we had the support of all of you sitting
down here. You write, you analyze, you talk,
and you demonstrated. It was not unusual
then to hear, in the case of the
democratically elected government in1983,
a common phrase was ‘the worst military
regime is better than this government’. So
you were giving us the impetus to stage a
coup. We are not dummies. If we didn’t
have the support of all of you, we wouldn’t
venture into it.
(Culled from Premium Times)
at 16:26
Email ThisBlogThis!Share to TwitterShare to FacebookShare to Pinterest