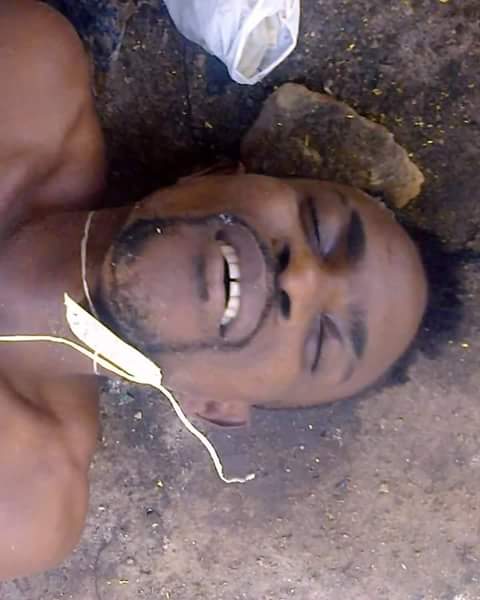 I don't know how true this is but if the story is true ,that means the federal government of Nigeria needs to do something about it. We have received too much cases of this unfair act.
According to Facebook user Ehije Bashir Ugwi .


Police brutality warri, Delta state, Akpos aka( Kporido ) is a hair stylist at Enerhen junction, he, together with 2 other guys who are siblings, Otikpo and his brother, I really don't know the name of his brother, were arrested on Wednesday 15/03/2017  by NPF B division in warri Delta state, at the venue they attended a service of song.
They were about to leave at the end of the program, when some members of the police force intercepted them and took them away before anyone could notice save one witness, on the ground the car Otikpo bought was a stolen car, believe me none of the above mentioned guys could steal or have ever stolen, na warri we for grow, who dey thief with gun we know am, pocket picker we know am, 419 we know am, anything u dey do we must know, na enerhen junction, people must know your character which is your identity, yes they say u don't know people in and out, but for enerhen junction no secret, so we know who be who. This guys no way them be thief and if they bought a stolen car, I am sure the police should investigate.
Well to cut the long story short one of our own working with the Warri General hospital was present when the police brought the body of Akpos to the mortuary, he was even shocked and immediately told the force man where he knew the dead Akpos and in fact Akpos was the stylist who cut his hair a few days ago, if not for this guy the family wouldn't had known their son had long been killed and yet the police is still depriving them, the family was at the station Wednesday night and also on Thursday morning, they didn't give them any chance to see their son and brother, it was on Thursday night his photo was brought, as I write this we haven't heard any news about the other guys, if they are dead or alive, Akpos was only a passenger, Otikpo is the owner of the said stolen car.
at 22:36
Email ThisBlogThis!Share to TwitterShare to FacebookShare to Pinterest
Labels: akpos, B division, barber killed, car robbers, delta state, enerhen junction, innocent, mortuary, police, warri