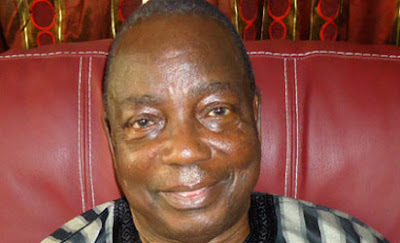 The Edo Government has declared Friday public holiday in honour of the late Samuel Ogbemudia, former governor of the defunct Mid-West Region and Bendel.

John Mayaki, the Chief Press Secretary to Gov. Godwin Obaseki, said this in a statement he issued on Wednesday in Benin.

He said the holiday was to enable the people of the state mourn and pay their last respects to the deceased.

According to him, pupils and students are expected to queue up in their uniforms at the Samuel Ogbemudia Stadium by 9 a.m. on Friday for the state burial ceremony for the former leader.

The governor’s aide urged civil servants to be seated at the stadium by 10 a.m. for an inter-denominational church service for Mr. Ogbemudia.

Mr. Ogbemudia, 84, died in the early hours of March 9 in Lagos.
at 01:58
Email ThisBlogThis!Share to TwitterShare to FacebookShare to Pinterest