Ile-Ife crisis: We are not Agatu people – Fani-Kayode warns Hausas 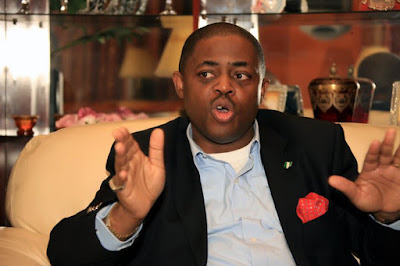 A former Minister of Aviation, Olufemi Fani-Kayode has broken his silence on the recent crisis that rocked Ile-Ile, the ancestral home of the Yorubas.
It can be recalled that bloody crisis erupted in the ancient town ‎last week between Hausa settlers and Yoruba indigenes, leaving several persons dead and many injured.
The crisis ensued after Yoruba man accused an Hausa man of taking advantage of his wife.

The altercation, however, resulted into serious crisis when the kinsmen of the Hausa man ganged up to defend one of their own.

Several persons were reported dead and many houses burnt during the melee.

Reacting, Fani-Kayode warned that Yorubas were not like Agatu or Southern Kaduna people whose citizens had been slaughtered by Fulani Herdsmen and they were helpless.

In an article entitled, The Hausa Fulani, the Yoruba and the slaughter in Ile Ife (1), the controversial PDP chieftain warned intruders against provoking the ‘Yoruba aggressive spirit.’

He wrote, “We are not Southern Kaduna or Agatu in Benue state. We find it difficult to sit by idly and watch our people being slaughtered in cold blood. And neither do we bow down before our oppressors.

“There is something deep in the Yoruba spirit and soul and particularly that of the Ifes that resists and rebels against injustice, brutality, barbarity and subjugation and the history of the Yoruba proves that.

“We are slow to anger but irresistible in battle and the fact is that for one hundred years before the British colonial masters arrived on our shores we were fighting brutal civil wars against one another.

“We know the tragedy, the pain, the terror, the evil and the horrendous sacrifice that comes with war and conflict and though we avoid it as best as we can, we never shy away from it once it is forced upon us. Worse still the youth of Ile Ife, many of whom are veterans of numerous Ife-Modakeke wars, are hardened and battle-ready any day and any time.

“This is indeed a potentially volatile and dangerous mix. In this respect relevant and insighful are the words of Oloye Gani Adams, the leader of the Odua Peoples Congress (OPC), when he said, just yesterday, that ‘the Yoruba cannot be conquered!’”.
at 03:39
Email ThisBlogThis!Share to TwitterShare to FacebookShare to Pinterest