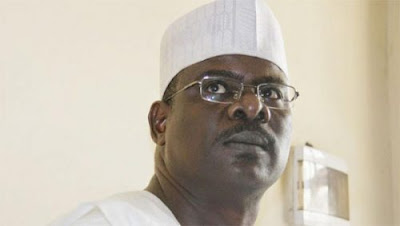 Former Senate Majority Leader, Ali Ndume, has criticised the Nigerian Senate over the rejection of Mr Ibrahim Magu as the substantive Chairman of the Economic and Financial Crimes Commission.

The Senate had on Wednesday refused to confirm Magu, who was appearing to be screened at the upper chamber for the second time, over an integrity report from the Department of State Services.

But, speaking on a ChannelsTv programme, Sunrise Daily, Ndume faulted the decision, noting that if the senate could refuse to confirm Magu over the failure of an integrity test then Bukola Saraki who has a case in court should not be the Senate President.

He said, “We have all been accused, I have been accused of sponsoring Boko Haram, the senate president is still going to court,” Ndume said.

“Same as other members who have cases in court, yet they occupy seats in the senate. So, if you say because, of the allegations he (Magu) should not be confirmed, then I should not be a sitting senator and Saraki should not be there as senate president.”
at 01:53
Email ThisBlogThis!Share to TwitterShare to FacebookShare to Pinterest