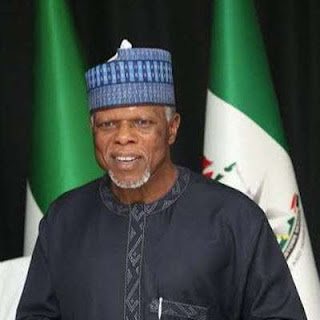 The Ogun State House of Assembly is to summon the State Comptroller, Nigeria Customs Service (NCS), to appear before it over increasing reckless killing by NCS operatives.
This followed last Wednesday’s killing of a member of the National Union Road Transport Workers (NURTW), Saubana Koleoso, by Customs operatives.
Koleoso was conveying bags of rice from Abeokuta to Sagamu in a vehicle when he was shot for “resisting” arrest.

At yesterday’s sitting, lawmakers took turns to condemn the action of the Customs officers, describing it as “incessant and needless killings”.

According to them, there was need to invite the Customs’ boss to explain the alleged incessant killing of citizens.

Nureni Idowu Olowofuja (Abeokuta South II) said the NCS boss had been invited to brief the House on the development, but he failed to honour the invitation.

Biyi Adeleye (Remo North) said: “NCS is a creation of the law and it must abide by the law.”

Adeyemi Harrison (Ogun Waterside) said it would be unfair to conclude that Customs officers killed the victim without getting the other side of the story.

Oludare Kadir (Ijebu North 2) submitted that the incident showed lack of professional training, weaponry handling and discipline on the part of the Customs officers.

The Speaker, Suraj Adekunbi, said the Assembly would engage the NCS to ensure it carries out its duties within the ambit of the law.

Adekunbi commiserated with the victims’ families, saying “no amount of sanctions imposed will bring back the dead”.

The members, however, observed one minute silence for the repose of the dead.

There was a mild drama when the deceased’s family and friends invited to observe plenary were denied entrance shortly before the commencement of sitting.

For about 30 minutes, they shut the Assembly’s main gate and asked the lawmakers to come out to address them.

It took the intervention of some security operatives to calm the aggrieved relatives, who nominated a four-man delegation to observe the plenary.
at 04:21
Email ThisBlogThis!Share to TwitterShare to FacebookShare to Pinterest