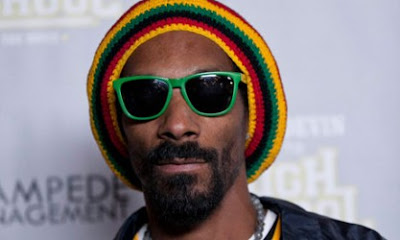 Donald Trump took aim Wednesday at Snoop Dogg, saying the rap star would have gotten “jail time” had he pointed his gun at Barack Obama rather than the current US president in a video.
Snoop Dogg, an early figure in California gangsta rap who has mellowed in recent years, this week released a video pegged to the release of his album “Lavender” in which most actors are clowns.
One clown — unmistakably a parody of Trump, sporting bouffant hair and a red tie that dangles below the waist — gesticulates wildly at the podium of “The Clown House.”

The clown puts his hands up as if under arrest as Snoop Dogg draws a pistol, with a flag popping out that says “Bang!”

“Can you imagine what the outcry would be if @SnoopDogg, failing career and all, had aimed and fired the gun at President Obama? Jail time!” Trump wrote on Twitter. Snoop Dogg was one of the leading rappers of the 1990s with hits such as “What’s My Name?” and “Gin & Juice.”

In recent years, he has shed his gangsta image, branching out into reggae, starring in multiple television series and pursuing a marijuana business. Trump won last year’s election despite widespread antipathy from the entertainment world.
at 09:53
Email ThisBlogThis!Share to TwitterShare to FacebookShare to Pinterest