Why I didn't appear in Uniform - Customs Boss tells Senate 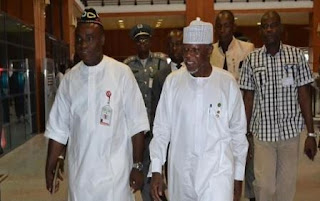 Bala Ibn Na’Allah, senator representing Kebbi south, said the letter sent to the senate by Ali on not wearing his uniform is derogatory.
Na’Allah cites sections seven, eight and 10 of the Customs Act which states that the Customs shares same privileges with police and other institutions, which includes wearing uniforms.
More to follow…
at 03:07
Email ThisBlogThis!Share to TwitterShare to FacebookShare to Pinterest