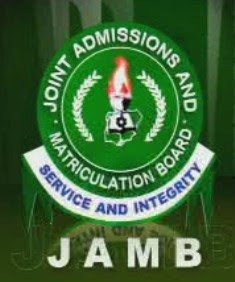 There are now fake 2017 JAMB UTME registration forms in circulation, according to the Registrar of the Joint Admissions Matriculation Board (JAMB), Prof. Ishiaq Oloyede. He therefore warned Nigerians to be cautious so as not to fall victims.

The Registrar was speaking against the backdrop of some illegal operators of Unified Tertiary Matriculation Examinations (UTME) registration and tutorial centres arrested by the operatives of Nigeria Security and Civil Defence Corps (NSCDC) in Ado-Ekiti, Ekiti state and in Abeokuta, Ogun state.
Speaking in Abeokuta, Ogun state capital during the parade of two suspects (names withheld) arrested by the NSCDC, the Registrar who was represented by Olujide Adisa, Director of Special Duties, JAMB, noted that the arrest of five suspects (three in Ado-Ekiti and two in Abeokuta) showed that Nigerians were being duped through non-existent UTME registration forms.
He said, “We discover that because we have not launched UTME registration for 2017, some people are taking advantage of innocent students, giving them fake registration forms. They are collecting money from them and what they are giving them does not exist. We have been to Ado-Ekiti where NSCDC was able to arrest some owners of cyber cafes doing fake UTME registration.“We got some e-slips, that is JAMB template form, from them and we were able to call some of the candidates who confirmed that they had paid them some money. Some paid N7,000, some paid N27,000, it ranges, for the UTME registration. We also learnt that NSCDC in Ogun state had arrested some people for same purpose.”
While the Registrar was asked about the perceived little delay experienced in the sales of UTME registration forms this year which might have given reason for fake said sales of registration forms, he said, “We are still re-engineering the process and modifying it to be seamless, easy and simple to register.”
The Registrar added, “As soon as the registration is ready, we will advertise and also advertise those that are eligible to involve in the registration. What we are telling the public is that 2017 JAMB-UTME registration form is not out yet, when the form is out, it will be advertised, and everybody will know the conditions necessary to acquire the form.
“Where to register the form will equally be advertised. You will discover that we are no longer using scratch cards, everything is online and e-payment. For somebody to be collecting cash from anybody for JAMB registration, it is illegal, we have not given mandate to sell forms to anybody. Anybody that has any questions regarding JAMB should approach our state offices.”
at 15:20
Email ThisBlogThis!Share to TwitterShare to FacebookShare to Pinterest
Labels: Fake 2017 UTME Registration Forms In Circulation – JAMB Registrar