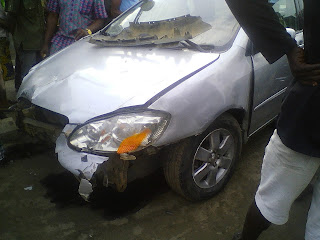 It was pandemonium this Wednesday morning in Ughelli Delta state Nigeria as a car thief who was alleged to have robbed a Toyota Camry was met with resistance and pressure by other car owners.
according to an eyewitness (sunny a-z) the car thief rob and injure the owner of the vehicle at Aro road and drove off through Isoko road while being pursued by other car owners and bike riders, when he noticed the pressure was hot he then try to speed up on the process hitting some pedestrians including students and hawkers and later had a head on coalition with a Toyota accord. The thief  flee the scene on foot abandoning the car and his bullet . see photos after the cut 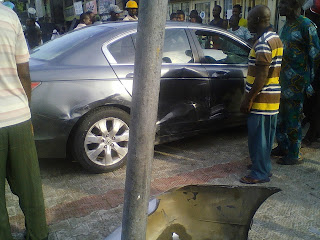 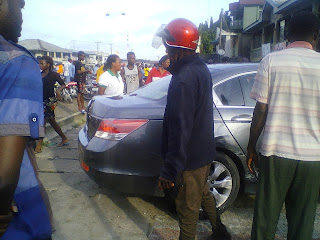 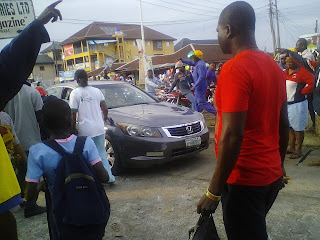 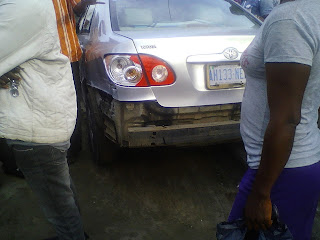 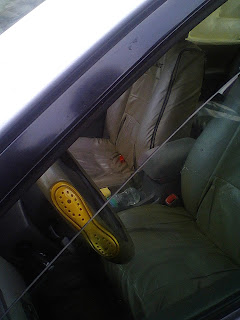 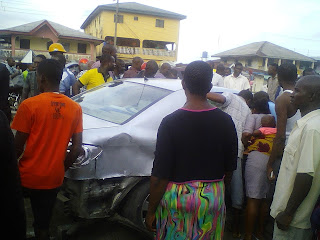 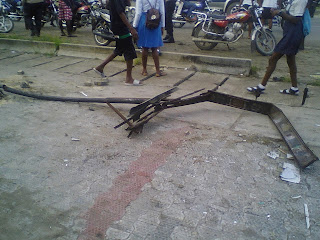 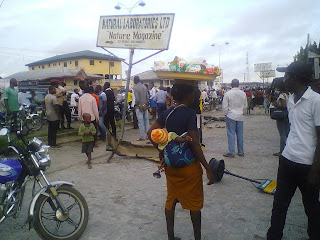 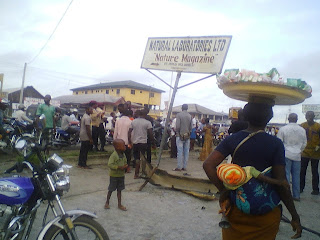 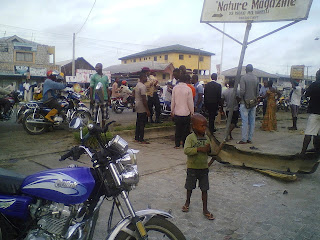 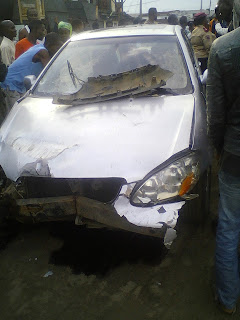 at 01:47
Email ThisBlogThis!Share to TwitterShare to FacebookShare to Pinterest