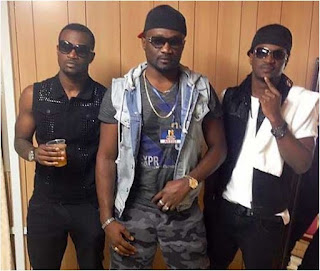 Following the release of a video showing Nigerian singing sensation, Peter and Paul of Psquare and elder brother, Jude almost fighting in their lawyer's office during an altercation, Paul has reacted.


In the video, Paul could be seen threatening to deal with his twin brother, Peter.

This came after Peter had approached their lawyer Festus Keyamo (SAN) to annul their business agreement.

In the video, the brothers could be seen abusing each other and nearly fighting while throwing chairs at their lawyer's office.