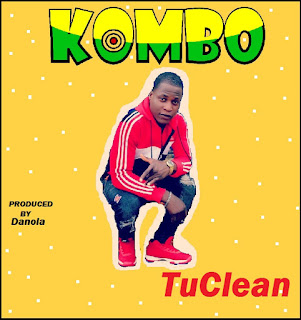 Ejike Julius aka TuClean is a performing artist and a song writer from Ebonyi state Nigeria.  TuClean started his music journey as child and has being consistent with his music career, He debuted his first single 'her waist' in 2007 and 'I thank God' in 2009.
Since then he has released so many other songs like love me, no another, body traffic, wealth and power and now for the first time in 2018 TuClean his here with a shaku shaku influenced song titled "Kombo" produced by Danola . Download and Enjoy Below.

at 22:53
Email ThisBlogThis!Share to TwitterShare to FacebookShare to Pinterest